A normal Friday night at a gym. I am exhausted from work and had a hard day at work, but I was still able to motivate myself for fitness training. I want to be able to train in peace and quiet during my exercises. Friday evenings are actually best suited for this, because many people go to sports earlier on the weekend. I like it when it’s not full. Especially with fitness chains like mine, let’s call them FatX, it is sometimes exhausting to deal with the high testosterone levels of some people training. It is not for nothing that a friend calls the free weight area a “lion’s den”.It takes a lot of understanding to understand some behaviour. But at the latest when the behaviour is questioned, a strong aversion arises. Once again this evening, one of the trainers finishes one of his training sets and drops the weights from a height of more than one metre onto the floor without consideration for others. At latest at this point my understanding of such behaviour is relatively low. It is precisely these candidates who later complain about the high number of defective devices. I’m just not willing to spend half of my training time waiting, because one of these “pumpers” again reserves the training device with his towel. I have become relatively merciless in the meantime and simply put them aside. Try this action and see how different the reactions are and in the worst case – run!The clientele can be divided into two groups on a Friday. People like me, who just want to train in peace and quiet and have as little waiting time and stress as possible and the so-called “disco-pumpers“. They train to look “good” so that they can go to the club later in the evening pumped up. When I started going to the gym many years ago, I always wondered how these people manage to build up such a large “muscle mass” in such a short time. Just pay attention to the leg muscles and you know that the time is only used for biceps and breast training. Discopumpers have their little “tricks”.

Everybody has his reasons to go training and these can hardly be more different.

I’ll keep it short: Discopumpers go training because they just want to look “good”, and the main reason for doing sports becomes a minor matter! Looking good is about health and fitness. Important basic rules are completely ignored, because fitness training does not only consist of training two muscle groups. It is important to train the whole body equally intensively. After half a year at the latest, muscle growth will stagnate with one-sided training. Note that muscles grow out of proportion to each other only to a certain extent. Taking time for fitness training is an important component to consider, as the muscles need this not only for regeneration, but also joints, tendons etc. have to get used to the new load with new weights or new sports exercises in the fitness area. There are no quick successes! Fitness means work, patience and motivation.
This is exactly what the Discopumpers lack.There are of course always ways to accelerate these processes, but there is no question that this cannot be a healthy measure. If muscles are built up too quickly, this usually results in injuries that do not promote the actual goal in any way. Discopumpers usually accelerate their muscle build-up with various means of the fitness industry, including creatine, protein shakes, BCAA’s and in extreme cases also anabolic steroids. Discopumpers lack discipline and probably also have to compensate for their complexes by feeling superior to other people through their muscles. I personally see this not only as unsportsmanlike, but also as a negative example for all other “fitness freaks” who have worked their muscles through a lot of work and discipline. 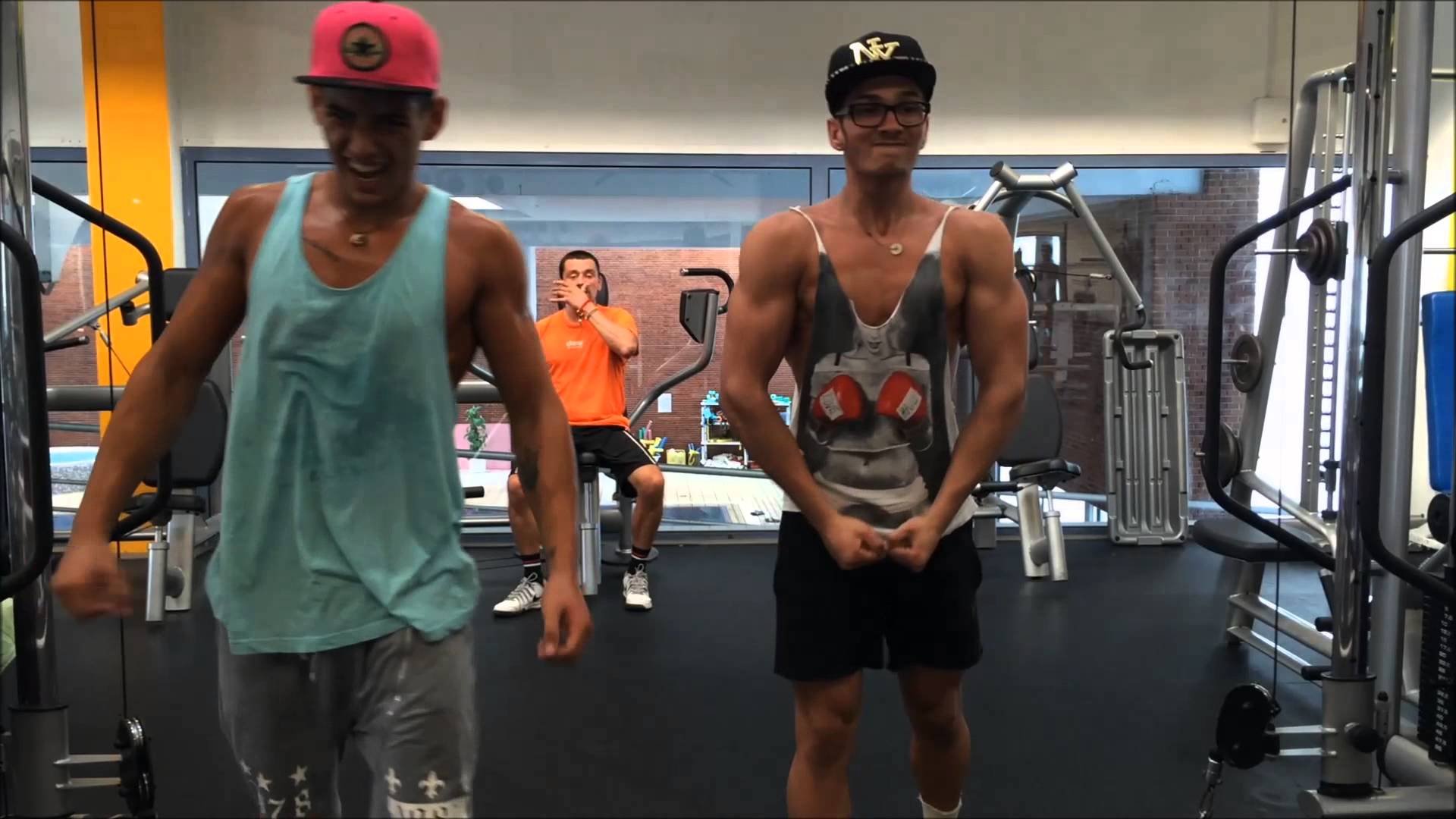 Especially noticeable is the behavior of the discopumpers in the studio. They usually just stand in front of the mirror, look at their muscle mass, which was not visible three months ago, and behave like monkeys on coke when doing bicep curls. They have never done squads in their lives, not to mention deadlifts, but they do know how to bench press – the supreme discipline of a disco pump.
The removal of the weights is the most difficult task for the Discopumper. After 10 sets of bench press he has no more strength to clean up. When you talk to him about fitness, the first question is usually: How much do you push. I always ask myself: Can he do another exercise besides bench press cleanly? (If there is a Discopumper among you, although I don’t believe they would even read that far, “There are no shortcuts – everything is reps, reps, reps“, by the way, Arnold Schwarzenegger said that). The fitness trend has not only had positive results, a negative example is definitely the Discopumper! But they too must be accepted. But sooner or later they will understand what it means to train. And if they were once again in a pack, conspicuous by misbehaviour, then remember that not everyone enjoyed an education, who was taught the necessary respect and behaviour.

This website uses cookies to improve your experience while you navigate through the website. Out of these, the cookies that are categorized as necessary are stored on your browser as they are essential for the working of basic functionalities of the website. We also use third-party cookies that help us analyze and understand how you use this website. These cookies will be stored in your browser only with your consent. You also have the option to opt-out of these cookies. But opting out of some of these cookies may affect your browsing experience.
Necessary Always Enabled

Any cookies that may not be particularly necessary for the website to function and is used specifically to collect user personal data via analytics, ads, other embedded contents are termed as non-necessary cookies. It is mandatory to procure user consent prior to running these cookies on your website.